HOW TO REACH THE LOCANDA AND WHERE TO PARK
The Locanda is located in the Sassi di Matera, which are a Limited Traffic Zone (ZTL), and it is not allowed to enter the Sassi ZTL by car to reach us.
Guests can leave their car in free parking areas near via Piave or via Gattini, or alternatively park in one of the garages that have an agreement with us:

Due to internal organization, both garages require direct contact with the customer, so any booking cannot be made through the Inn.

How to reach us

By Plane
Bari-Palese airport is the closest to Matera (50 km). From Palese, it is necessary to take a taxi or rent a car, driving on S.S. 96 to Altamura and then Matera. At customers’ request, the Locanda will organize a shuttle service for Bari and Naples-Capodichino airports.

By Car
From Naples you take the highway to Salerno, and then follow the A3 highway in the direction of Reggio Calabria. You exit at Sicignano to head to Potenza, where you take S.S. 407 (“Basentana”) until the turn-off for Matera near Ferrandina Scalo. You continue on this road another 20 minutes to arrive directly to Matera. From Bari you take S.S. 96 for Altamura and then Matera. From other places in the South, from the Ionian coastal road S.S. 106 (“Ionica”) there is a turn-off for Matera via S.S. 175.

By Train
From Rome and Naples there is train service to Ferrandina (Ferrandina-Pomarico-Miglionico on the line for Taranto), with bus connections that arrive directly in Matera. From Bari there is a private railway, the Ferrovie Appulo-Lucane (FAL), which operates several train and bus connections for Matera.

By Bus
There are bus connections for Matera from Bari, Naples, Rome and Milan. 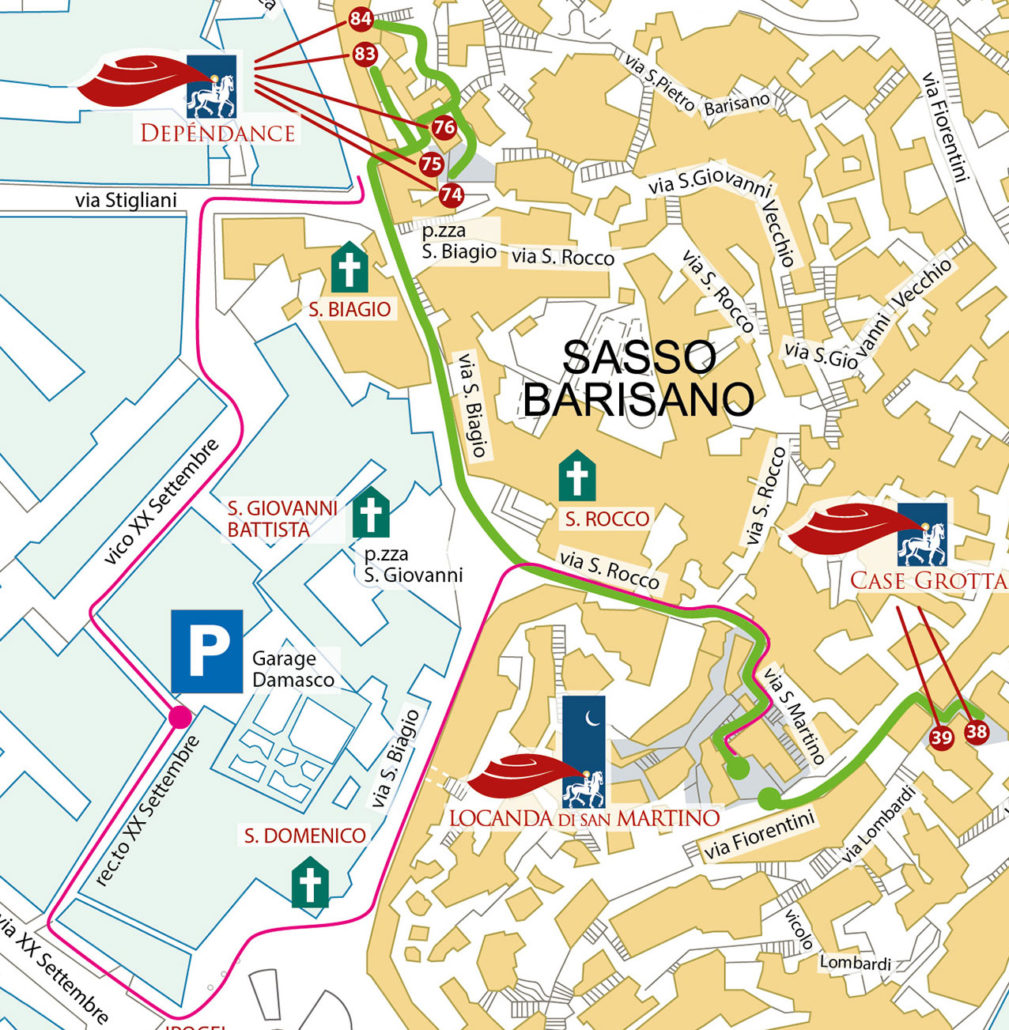 Need information or clarification?
We’ll be happy to help you.

If you have any questions or need information on the services offered by the Locanda or, simply, you need to contact us, you can safely use this form.